I was in the market for new stability running shoes, but as always as soon as I entered the shopping mall I was overwhelmed by the number of choices in the stores.

Being a pretty anxious person that doesn’t feel comfortable spending too much time in a store I went online and asked which running shoes should I get.

I got an overwhelming response saying that I should look into Asics shoes, so I did. I got 2 pairs and I reviewed them so you don’t have to. 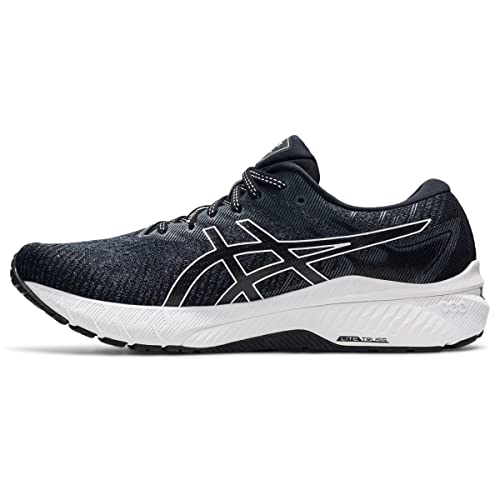 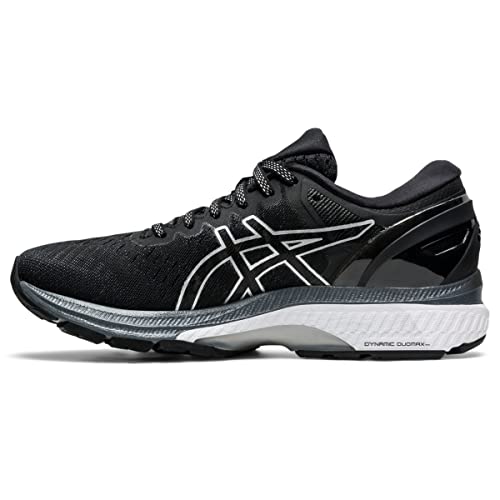 I may never admit this again, but I have an addiction to running shoes. I don’t buy a lot of them, but I do a lot of research on them, a lot.

Things weren’t always like this, there was a time when I just wanted a simple overview and to know the basics of the shoes before I purchased them

If you are like my past self, I got you, don’t worry. I know that not everyone wants to hear the nitty-gritty details when it comes to running shoes.

At first glance, the shoes look the same, and yes they generally have the same design. You might even think that they are the same shoe if you don’t pay attention to detail, but they do have a few key differences.

There is more padding on the Kayano which means that they are slightly heavier than the GT 2000 ones.

Both shoes are considered to have natural stability and I agree with this. They are also suitable for people who tend to suffer from mild overpronation.

Overpronation happens when the ankle tends to go a bit inward and it can cause discomfort or even pain. Thanks to their stability the Asics GT 2000 and Kayano shoes can help keep the ankle in a natural position which supports proper posture.

Generally speaking, the GT 2000s are for runners that seek the basic amount of stability that a beginner will strive for.

If you are an experienced runner, the Keyanos will offer the emphasis on stability and comfort that you need.

Okay so now that we got the basics out of the way let’s nerd out a little and go in-depth to find out the winners of the Asics GT 2000 vs Kayano battle.

Both the Asics GT 2000 and the Asics Kayano have a rubber sole that is made out of Asics High Abrasion Rubber with similar blown rubber patterns.

The patterns have irregular forms and horizontal spacing between them. This means that you can bend your foot and the sole will follow its shape.

Imagine your foot while running. Your heel is the first thing that touches the ground, then the weight transfers to the sole of the foot, while your heel lifts up.

The horizontal stripes allow for a good lift-off action all the while keeping you from slipping and offering good grip action.

The midsole of the Kayanos is firmer than the GT 2000s. This is because the Kayano shoes have a plastic shack and gel pads in the heel.

The FlyteFoam Blast allows for good cushioning action while keeping the midsole firm and stable. The stack height in the heel of the Kayanos is 13mm higher than the stack height of the sole.

This means that the toes are in an incline position compared to the heel. This is not a big difference, but it can cause extra pressure on people that suffer from sesamoiditis and similar inflammations.

Think about how your foot looks in a high-heel shoe, all the pressure is in your toes, and while the Kayanos heel is only slightly elevated, some people may find that they prefer a lower heel-to-toe drop.

Nevertheless, the cushioning and the steady drop still offer good support for your foot.

The GT2000s use FlyteFoam cushioning action which is softer that the FlyteFoam Blast. The heel drop is 10mm which is slightly less than the Kayanos.

They are also lighter and I personally found them to be more comfortable.

The upper of the Asics GT2000 and the Kayano are very similar that’s why most people think that they are the same shoe but in a different pattern.

Both have a breathable mesh material, that I found to be a little thick for running in the summer. The heels have extra padding on them which makes the shoe comfortable, but again, not great for a run on a hot summer’s day.

The GT2000’s upper material feels and looks a little cheaper compared to the Kayano’s.

The Kayanos have a padded tongue that doesn’t have an inner sleeve and tends to move around, which in my case was not pleasant since I have a narrow foot and the tongue had space to move around.

Also, I found that even though they both have a regular, wide, and extra wide option, the regular GT2000s have a narrower fit in general.

I personally prefer the GT2000s because I found that they fit my foot better. However, as I mentioned I do have a narrow foot so this might not be the case for you.

Both the GT2000 and the Kayano are great durable running shoes with a super absorbent cushioning action, but to make things easier on you I am going to summarize which ones you should get depending on the type of activity you do.

If you are a slow to medium-paced runner that does medium-distance runs, I recommend you get the Kayano model. They are a bit too heavy for sprints and the heel-to-toe drop may cause discomfort if you run in them for hours.

If you do short and fast runs and want shoes you can also wear while out and about get the GT2000 model. They are lighter so you can spend all they in them, however, I don’t recommend you get them for racing since they have a bounce to them that can slow you don’t a bit.

Don’t just take my word for it, try them on for yourself. They are affordable and high quality and come in different colors for men and women.

I told you who won in my Asics GT 2000 vs Kayano battle, but your winner might be different from mine and that is completely normal because we all have different preferences.